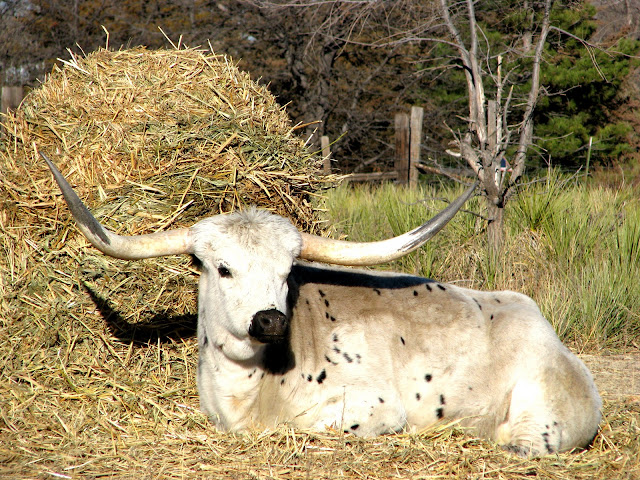 The first CD I ever owned was one by George Straight.  I have always respected George Straight as an artist and a family man.  One of my favorite movies is Pure Country. George plays a superstar in the country music world with his path taking a step in a direction he doesn’t want it to go. One day he steps out of that direction. He gets support, but is held back by friends and staff. No matter what others think is right, he continues his search for a real country music style, as well as a genuine romance. What I loved about George Strait, is that he wouldn’t kiss the actress who plays his love interest in the movie. He wanted to honor his wedding vows that he made to his wife.
What a man!
It’s hard to find a rooster who’s satisfied with one hen. 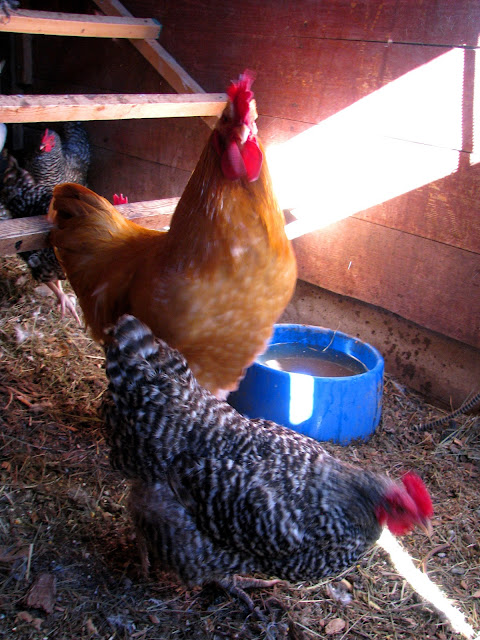 I wondered when I would stop stepping in poop. I dated too many roosters who loved the hens.  They were just interested in pecking, it took me a little while to figure that out. I was a hen who wanted to be loved. Isn’t that what most hens want?  I know many hens who keep stepping in poop, thinking that pecking is love and it’s not. I could have avoided piles of poop if I knew then what I know now.
True love comes from the Lord. 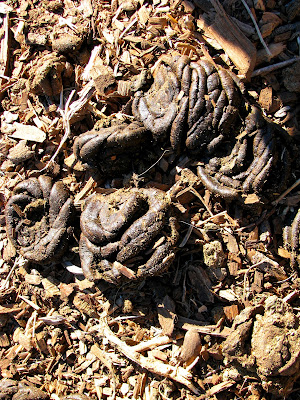 As a young girl I was taught to pray about everything. It’s never to early to start praying for your future rooster. So I started praying when I was in 7th grade and thankfully thirteen years later I am still two-stepping with my rooster from Amarillo. It’s always nice to step back and visit the path that molded him into the rooster he is today. 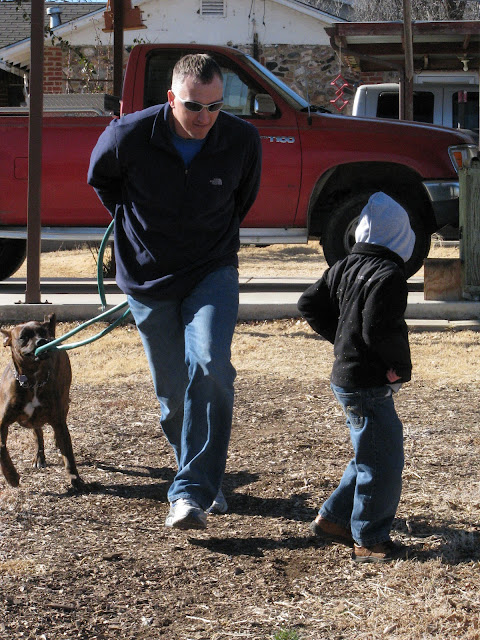 Yesterday, we made our way out to Aunt Carolyn and Uncle Doki’s farm.
It was great watching the roosters run loose. Mayer had the best time with Uncle Michael’s dog Bubba.
A bit of a payback was in store for Mayer. He tortured Deuce, the Yorkie my brother
and sister-in-law own in Las Vegas.
So Bubba gave Mayer a taste of his own medicine. 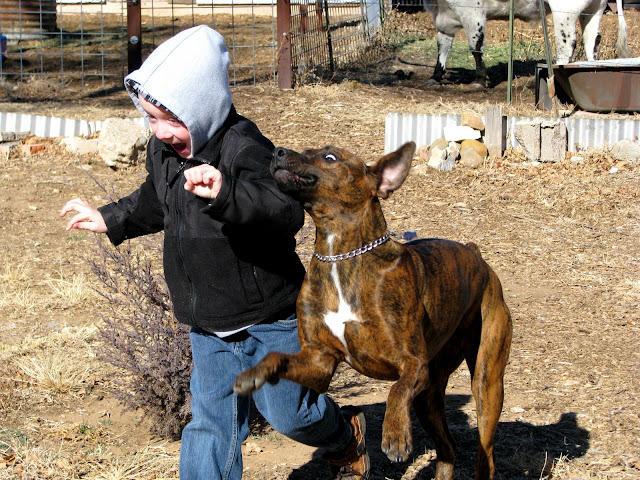 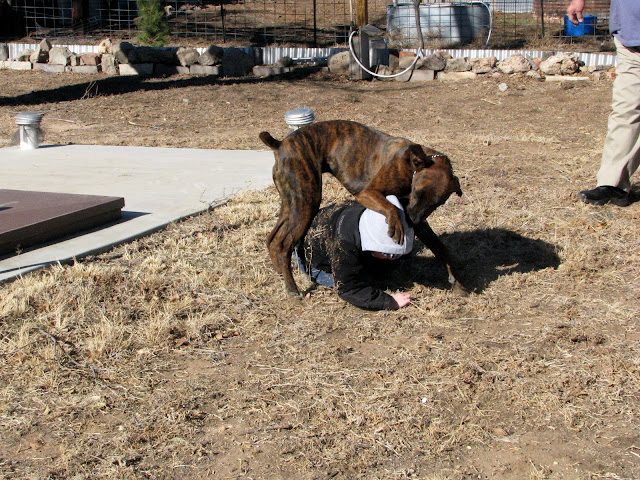 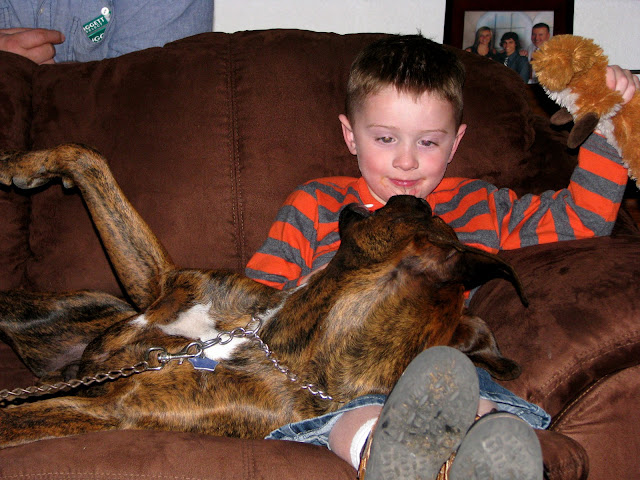 This hen stepped back and observed her surroundings for the most part yesterday.  When you’re a baby chick who moves away from the heartland, you meet a lot of different breeds of chicks, hens and roosters. You become a worldly hen, not a worldly hen in the sense that you’re a heathen, but that you’ve just seen life lived differently by other hens around the world.
You learn to operate in a world that is foreign from the hen house you were raised in.
You gain a new perspective for diversity and the world around you. 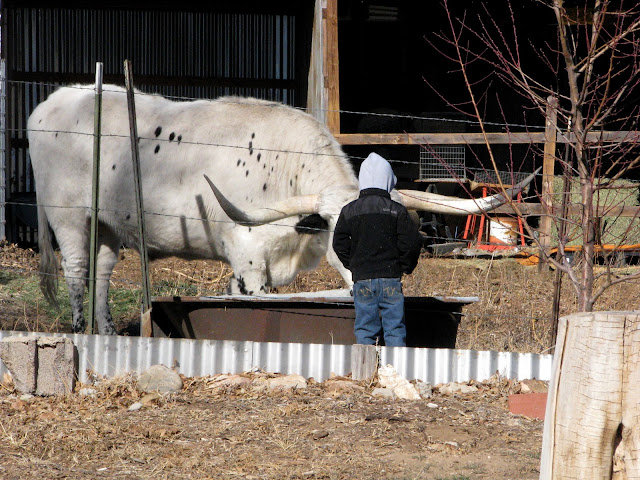 As a family that moves around often, we tend to gather seed from all different regions of the world.
Steering our young rooster in the right direction is what we hope to do. It’s hard not to get poo on your shoes. We hope that the Lord will bring the right swan into his life when the time is right. 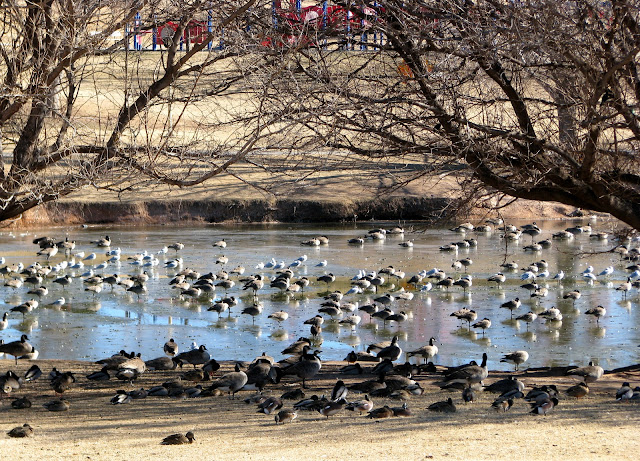 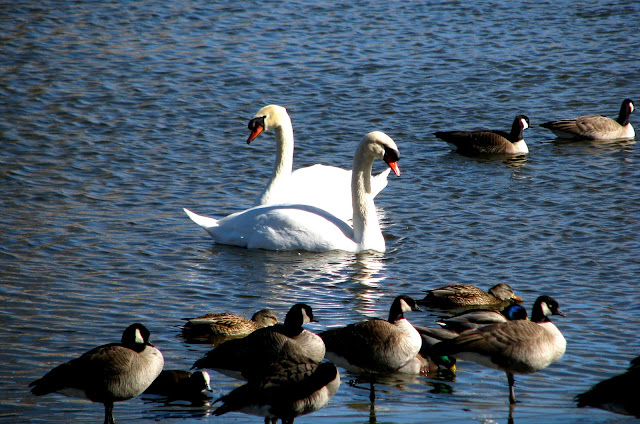 Visiting Amarillo always takes me back to a song that was made a hit in the 1980’s, by George Straight.
Amarillo By Morning
Lyrics by Terry Stafford and Paul Fraser
A perfect song for a slow dance with my swan.