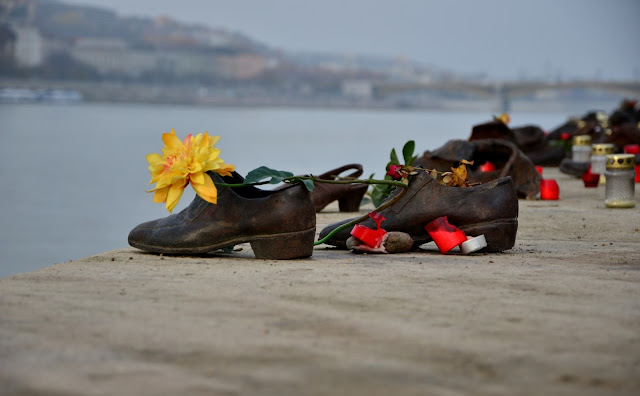 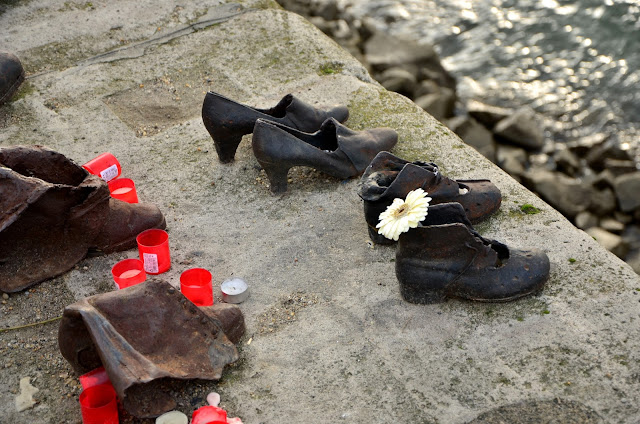 Those were the kind of shoes I put on while viewing the Shoes on the Danube Promenade in Budapest, Hungary.
What are the Shoes on the Danube Promenade?
It is a memorial on the bank of the Danube River in Budapest. It was created by Gyula Pauer and Can Togay. It honors the Jews who were killed by fascist Arrow Cross militiamen in Budapest during World War II. They were ordered to take off their shoes, and were shot at the edge of the water so that their bodies fell into the river and were carried away.
Sixty pairs of cast iron shoes, cast in the styles of the 40’s, stand in remembrance of the Jewish people whose lives were stolen. The memorial lies on the riverbank between Roosevelt square and Kossuth square
(http://en.wikipedia.org/wiki/Shoes_on_the_Danube_Promenade) 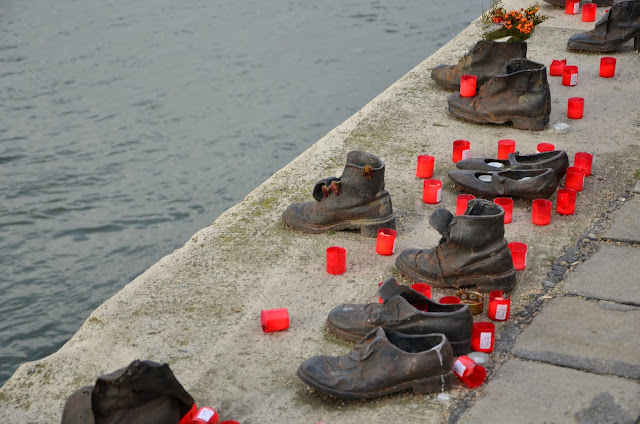 Walking along the river we were soaking up the beauty along the banks of the Danube River.
That was until we came across these shoes. 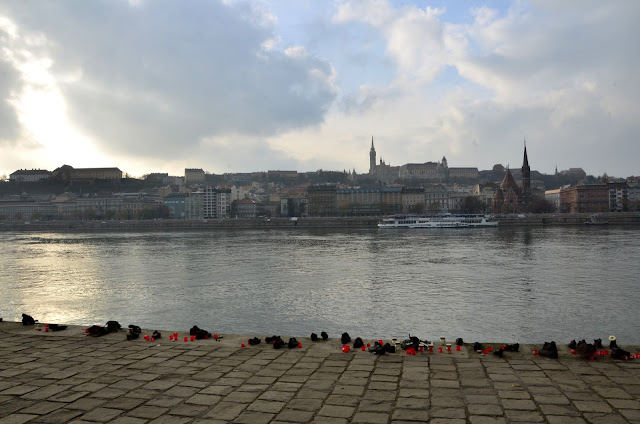 Stillness and sadness filled my heart and soul. My mind tried to process the power that one man had over this group of people. History has shown us the power one can achieve when good men do nothing but talk about what should be done, leaving the only option of war to fight evil. What the Jewish people have gone through for centuries is hard to comprehend. These people were shot and killed; women, children and men who did nothing wrong. They were born into a certain race that has been persecuted for thousands of years and are still paying today in our modern age. My savior Jesus, is Jewish, and he endured a gruesome death for mankind. He paid the ultimate price. He did nothing wrong. He fulfilled prophesy. 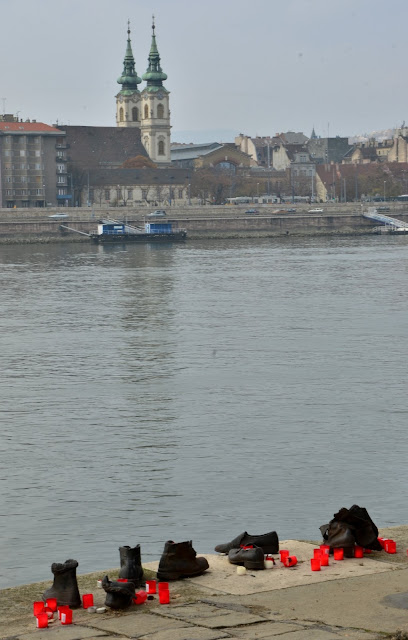 As I walk away from this page and continue on with my day, North Korea is lighting up the headlines. The race for power and control continues to thrive all around us in our world.
Power of government, power in rules, power over man, power, power……
Real power is walking in shoes that you don’t own. Power is seeing the world outside your comfort zone. Releasing power to help others vs. destroying them is a brand that needs to be mass produced. These are the Shoes on the Danube. 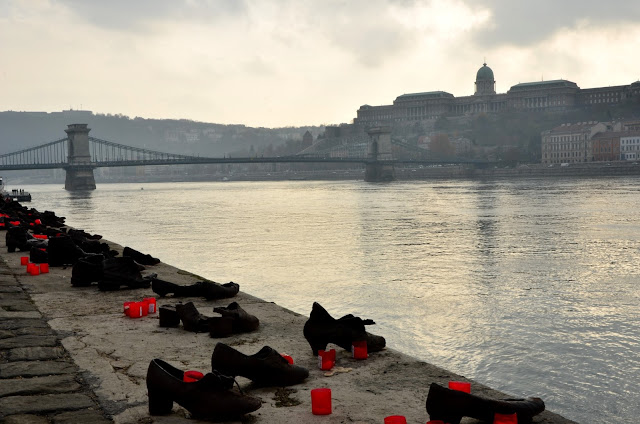 2 Responses to "Shoes on the Danube"