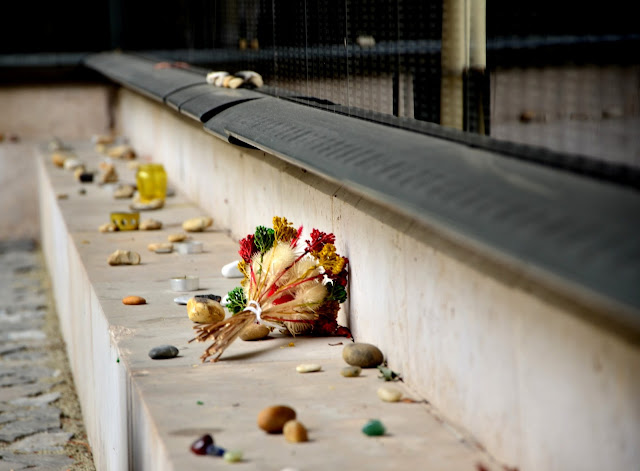 It’s taken a bit but I think we’ve finally found some sort of balance while we are out exploring. Too much history you feel exhausted, too much eating you feel like a blimp and too much leisure you feel like your time in a place is wasted. How have we found a way to find balance? I say list our top 5 things we want to see. When you visit a country that has been around since the early Middle Ages, you need to make a list. We may be eager and hungry for more history but we’ve learned that pushing the boredom zone with our child is not so pretty. 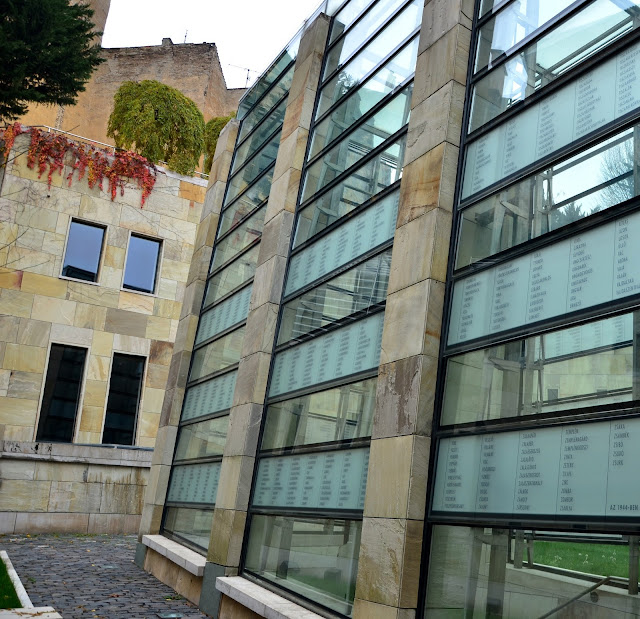 The Holocaust Museum also known as the Holocaust Memorial Center in Budapest Hungary, was one place that held my son’s interest for quite a while. It shocked us on how interested he was in this place.  My husband and I were trying so hard to wrap our minds around how the Holocaust happened. How on earth did one man, Adolph Hitler, convince so many people to be in involved in his evil plan to make Germany prosperous?
Why and how did his propaganda work?? The solution to power and prosperity was to annihilate an entire race???? 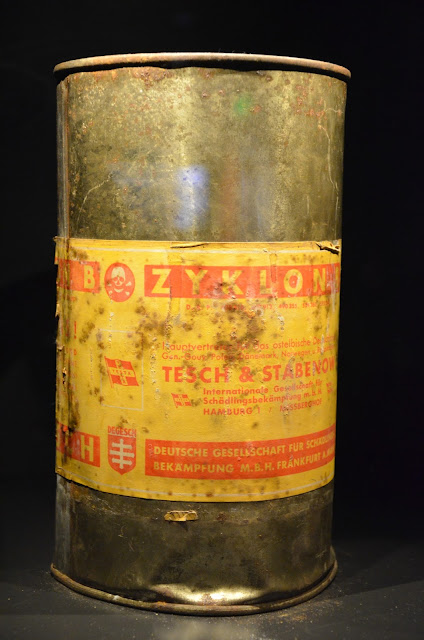 It is so absurd and sickening to think that this plan was put into action and killed so many.
One shot-one execution-one gas chamber, is one too many and should have stopped at less than one. None of it should have happened. It was an asinine concept.
What is so crazy is that some people in our current day and age don’t believe that Hitler’s extermination of over eleven million people really happened……. 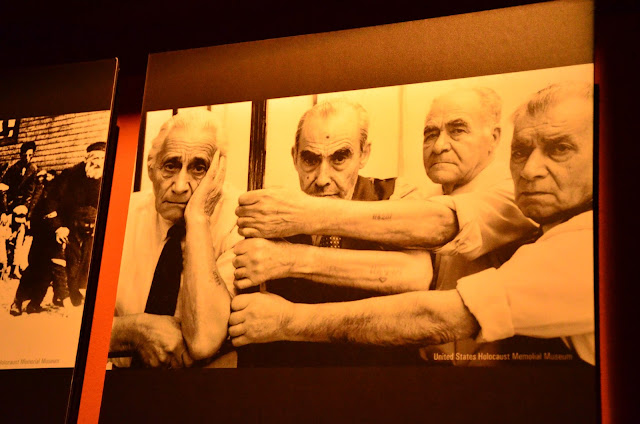 Visit the Holocaust Museum in Budapest and the Dohány Street Synagogue if you don’t believe this massacre happened. Talk to someone who survived a real life horror story. If it doesn’t convince you, I hurt for your thought process and your soul.
Before making our way into the largest synagogue in Europe, the Dohány Street Synagogue which was part of the Jewish Ghetto for the city Jews in 1944. 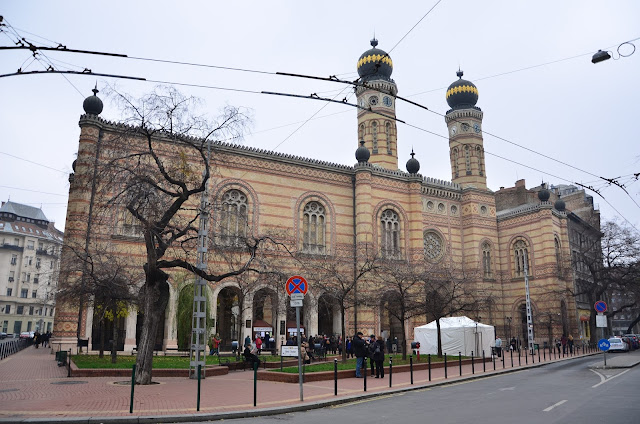 We hopped on the metro and walked the streets that lead to the Holocaust Museum.
Travel isn’t always pretty and is quite chopped up for us. You may not agree with what we expose our son to. We know his brain is young and impressionable. We knew visiting the Holocaust Museum would make an impression not only on him but on us as well.
If a child is allowed to watch Nemo and understand that his mom died right at the start of a movie or watch Cinderella where evil step sisters tortured her, making her a slave, then seeing what evil men do for power, may help him understand why we don’t want him talking to strangers or following in footsteps that don’t lead to righteousness. 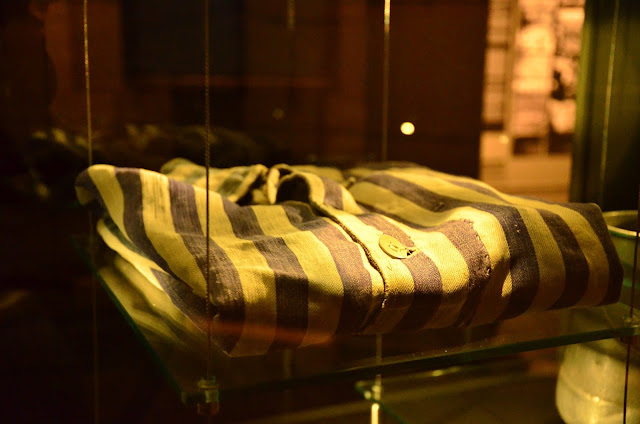 It may seem like an early age for him to comprehend the depth of what took place during the Holocaust but explaining to him what the children saw and went through is less horrifying than having to be a Jewish child his age or Non-Aryan child living during 1939-1945. 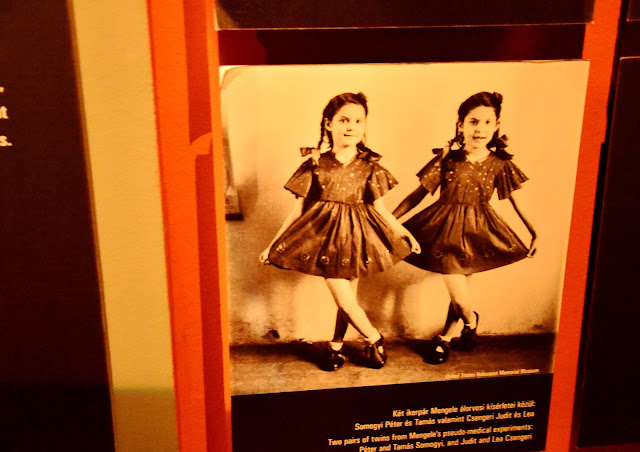 This travel blog is certainly not a fun trip but something I need to dump out of my mind and onto the screen. More or less clearing out my unpretty photos. The names of the ten to fifteen thousand Hungarian victims, who died from October 1944 to March 1945 flood your peripheral vision as you enter the memorial. You look up and you look around-the endless amount of names cause the hair on your skin to stand up. 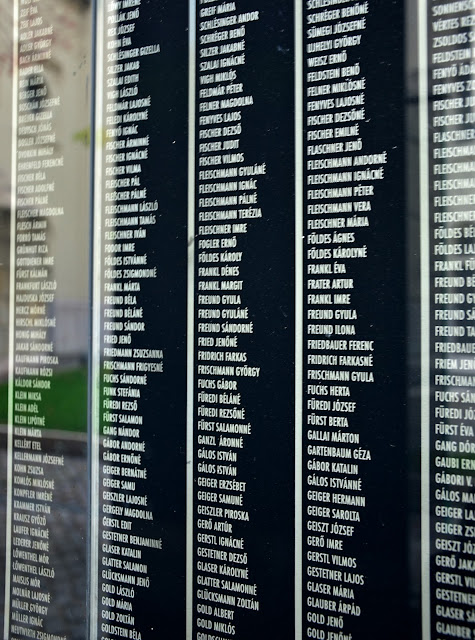 As you enter a room filled with items locked away in cylinder clear containers, the tears start to fall. A little girls doll locked away in what appears to be a visual time capsule, a pair of reading glasses no longer read pages from a book or passed down from grandpa to grandson to great grandson. 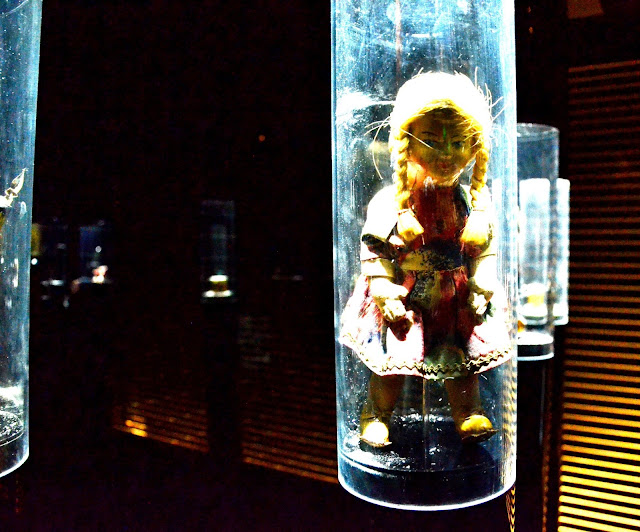 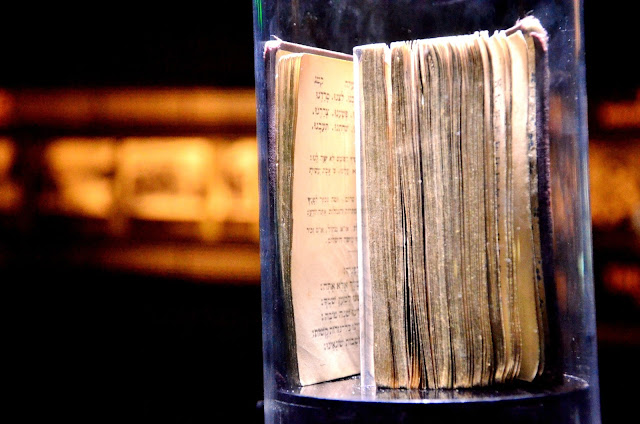 The Jewish Hungarians were forced to relinquish items they loved.
Items that contributed to their identity.
Six hundred thousand were murdered in the Holocaust in the 2nd World War. 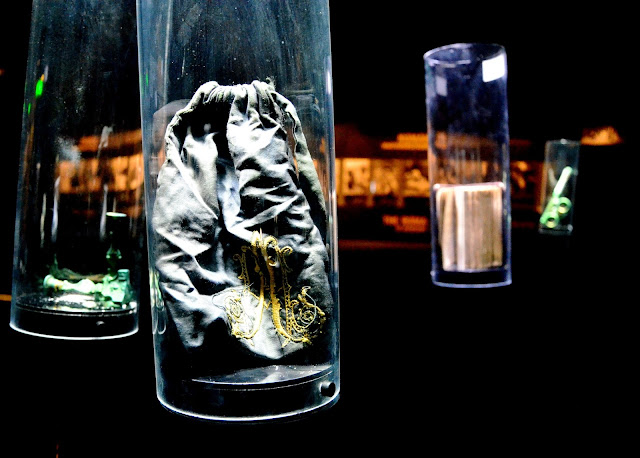 It was only the beginning of this heartbreaking journey that led us through halls with photos hanging above. As the music was piped through the building and the light on the photos were fading from dark to light, we were transported into a time where we the living were surrounded by death in still shots. 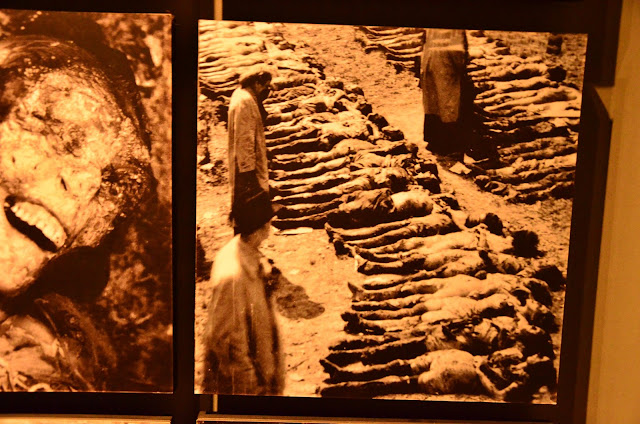 How, oh how, can one look at these photos and tell a survivor or generations that came after them, that this never happened to their ancestors. 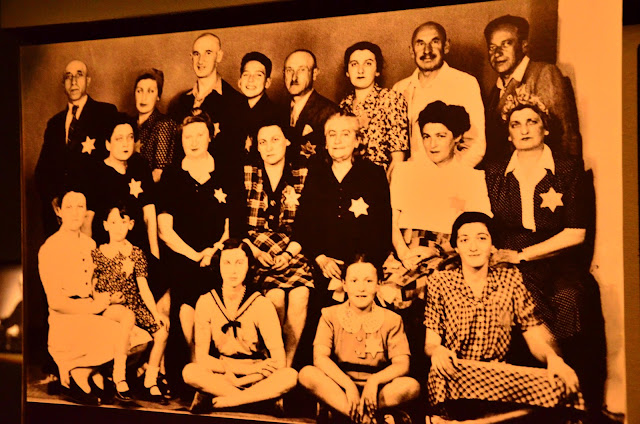 That the yellow Star of David they were required to wear was just an illusion??? 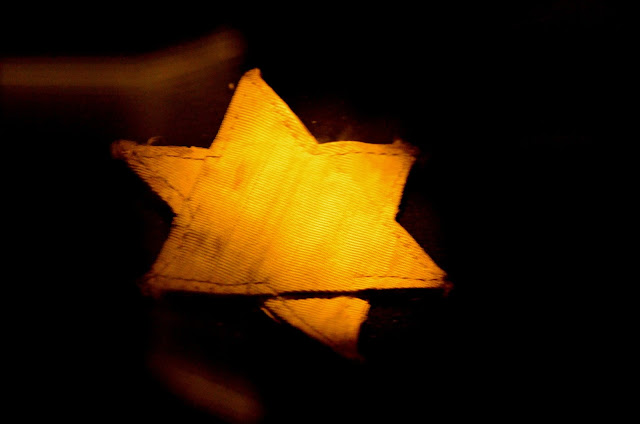 We continued through the museum, pausing to read what writers and Zionists had written. Standing in disbelief as we look at a map where the ghetto camps were set up to isolate these innocent people before many were sent off to Auschwitz to be executed. 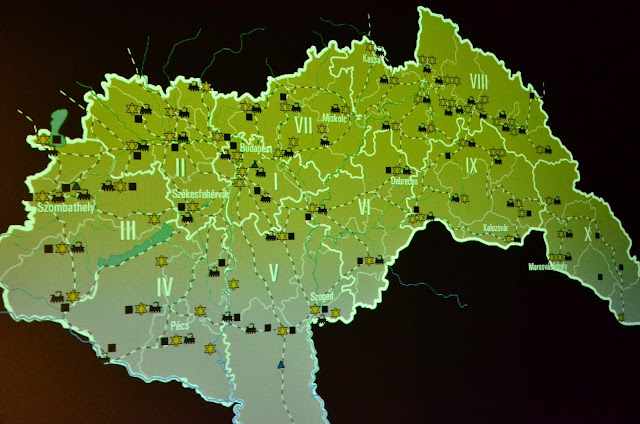 Many photos that were taken are too severe in nature to post.
So I will exit and leave the ones that are really not so pretty in my vault.
There is a line and censoring my thoughts and pictures will now begin.
I dumped enough out of my photo bucket today.
It’s mentally too much to keep going any further.
We are scheduled to view Ann Frank’s house this year and venture deeper into a time where that horrible man had so much power and influence over our world. As we were leaving the Holocaust Museum we stopped into view the Synagogue on site. It was eloquently decorated in blue, white and gold. A very pretty site after spending a not so pretty time in a period of suffering. 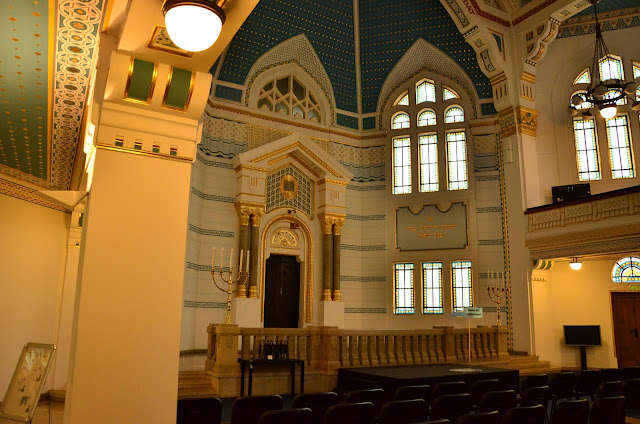