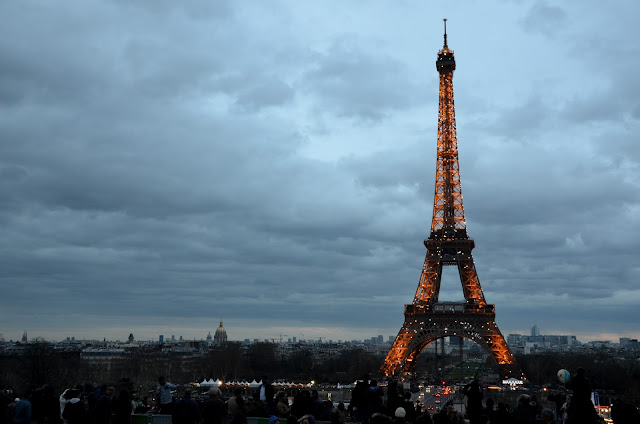 Finally, almost two months later, I am returning to Paris. {Well, I’m revisiting her via digital photography.} In July of 2012 my husband and I had our 10 year wedding anniversary. 5 years of living in sin is attached to us as well, making it 15 years since we became one, {well in God’s eyes.} Six months before our “certificate signing anniversary” we had discussed taking a trip to Paris to celebrate 10 years of marriage. Staying married for 10 years is reason enough to celebrate! 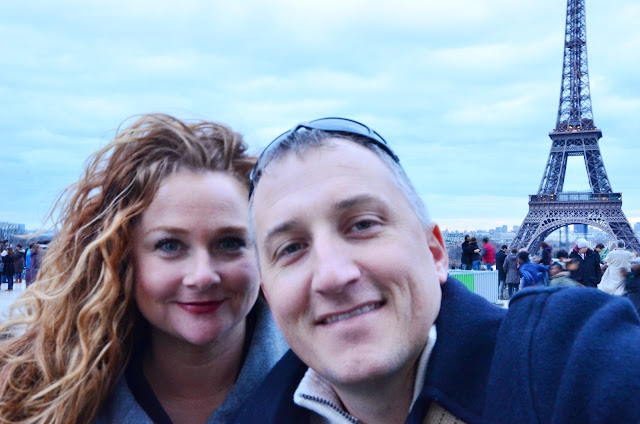 It might not have been a moment to celebrate 50 years ago but in today’s time being married for more than a year is an accomplishment in itself. People divorce at a drop of a hat, mostly thinking only of themselves and their needs. How many divorced people take into account how the demise of a relationship will affect the extended family around them? How about the long term affect it may have on their children or how their children will view marriage in the future? When the going gets rough, we can bail out, because the marriage just isn’t working anymore. The vows for better or for worse get thrown out the door and left at the base of the ivory tower when there is no longer compromise, communication, honesty, love, forgiveness or God at the center of a marriage. 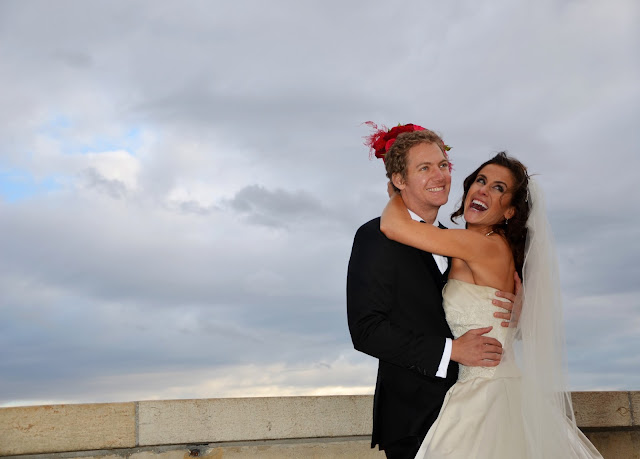 Children who saw their parents once in love, not understanding the depth of why they are splitting up. People give up way too easy on each other in our time today.
Do I think that there are valid reasons for divorce?
Yes, yes I do. But I won’t say what I think is grounds for divorce, not today anyway. 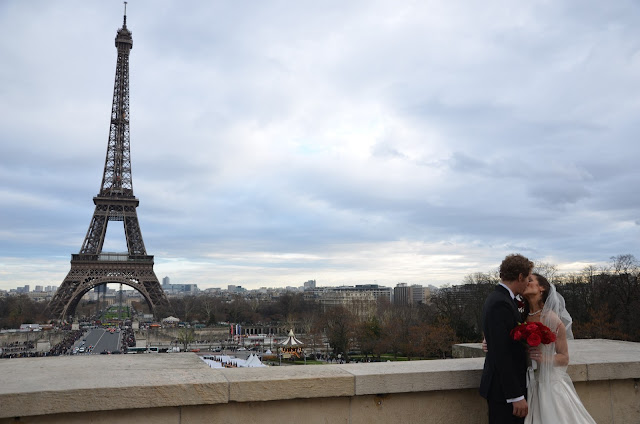 Marriage is hard work, saying “I do” and “I love you” is easy.
What is love?
Love is patient, love is kind. It does not envy, it does not boast, it is not proud.  It does not dishonor others, it is not self-seeking, it is not easily angered, it keeps no record of wrongs.  Love does not delight in evil but rejoices with the truth.
It always protects, always trusts, always hopes, always perseveres.
1 Corinthians 13:4-7
So yes, going to Paris to celebrate 10 years of a marriage commitment, love, overcoming trials and adversity and persevering through good times and bad and on towards eternity, warranted this trip. It didn’t happen on our 10 year anniversary but at the end of 2012 and over New Years! 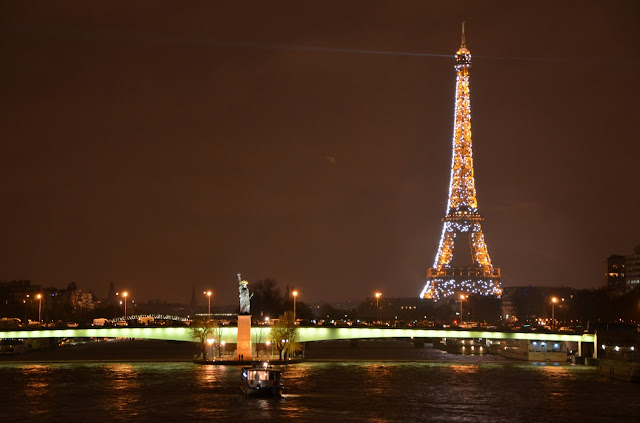 We hadn’t planned on moving last summer from Italy to Portugal, so with the move, came a delayed trip into the most romantic city on Earth. I’m not complaining, not in my wildest dreams did I ever imagine spending my 10 year anniversary, in Paris, France. When you live in Europe and Paris is in your backyard, it seems at this point in time in the life of this American it is no big deal to hop on a plane and spend a weekend in the most romantic city on Earth. 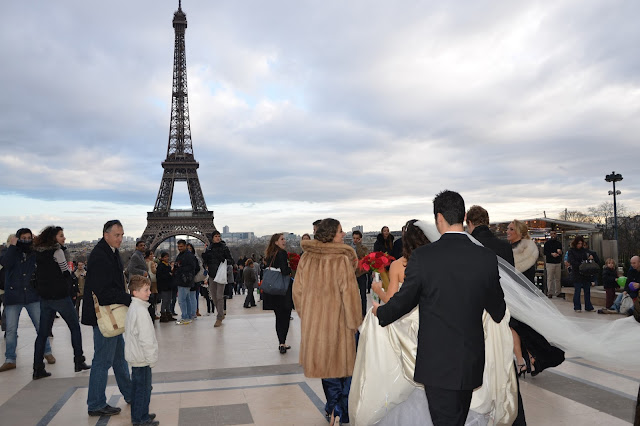 The first day we were in Paris, we headed towards the Eiffel Tower. We saw many couples just starting their journey up the Ivory Tower.
Can you imagine having your wedding in Paris? The photos to share with your children, your grandchildren and your great grandchildren one day would be amazing. This one couple we came across had a 1,000 iPhones, Nikons and Canons shooting away on their special day. One of the ladies from their party said, “We are like royalty!” 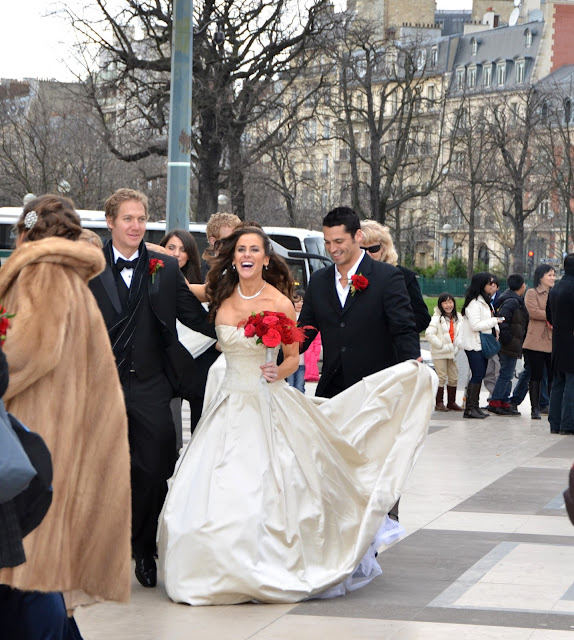 I was married at the Justice of the Peace and in black. I think I’ve talked about that before. Ebony or ivory, the color of the dress doesn’t matter really, it boils down to what is in the heart and the commitment you make that should last a lifetime. 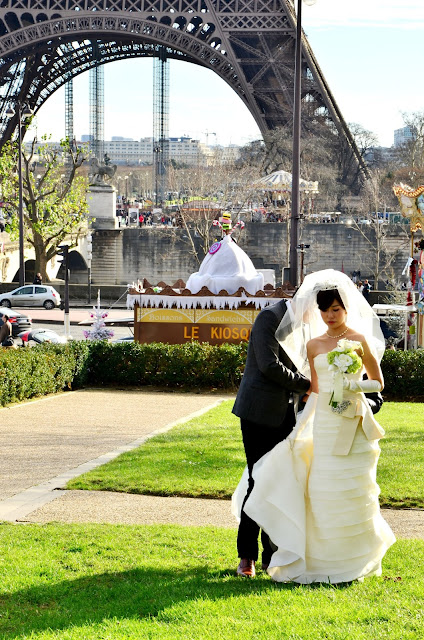 These couples made me think about the passion a newly married couple shares and how that passion changes overtime, growing and developing into a new kind of love as we age. All the trials a marriage may go through and how a couple overcomes life together. How sweet would it be to see an old couple, wrinkled like a piece of tin foil, hair white as snow, brown spots covering the epidermis, cataracts that obscure the vision, laughing and smiling like the first day they met-dressed in ivory renewing their vows right here in front of the Eiffel Tower too? 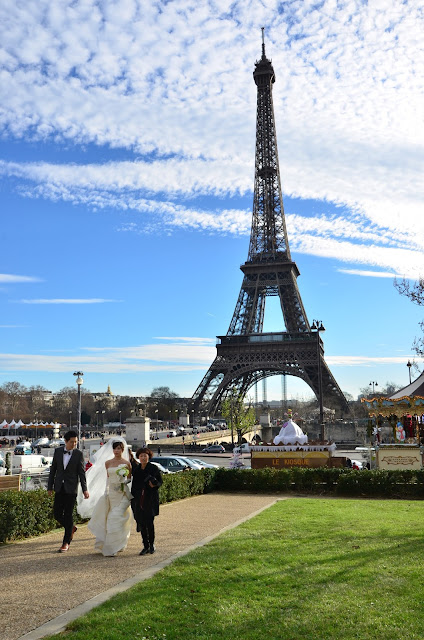 I have two sets of grandparents whose marriages lasted until death do us part.
Doris and Bob Wilson were married after WWII, had 5 children, a life full of love, trials and only each other until the day the Lord called my grand-daddy Bob home in the early 90’s. I wish I had a photo of them together to post here. Norma and Dub Bellamy were married after my Papa returned from the war as well. They wrote letters to one another the whole time he was away and never even met until the Navy brought him home. Meme was 16 when they married.
God called him home the summer of 2005.
50 years together in this picture, but closer to 60 when he went home to heaven. 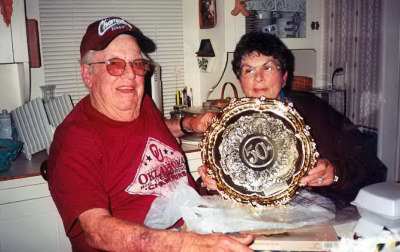 I’ve heard multiple stories of my Grandparents time together on Earth. The towers weren’t always “Ivory” from what I’ve been told but they loved each other through thick and thin.
As I continue reliving my 10 year anniversary trip into the most romantic city on Earth, I think  when the going gets tough and the tough gets going, just laugh, relive the good moments, trash the moments that hurt because around the corner is a fresh new day of living, memories and fulfilling a commitment that was made before God.
I leave today with words from one of my chopped thoughts. It is one of the poems I wrote in my poetry book Chopped Thoughts, still not published but one day it will be.
Words about divorce, words about life, words to live by……
Did one of you take the reins and abandon your post? It takes two to tango not one with a ghost. There are always two versions to why the family split. Was it because of adultery or someone getting hit? Marriage was designed to swim into the deep, Not run away or let it fall asleep. 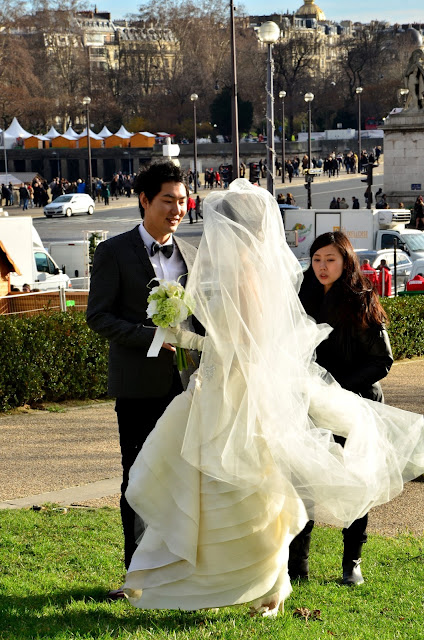 One Response to "Ivory Tower"