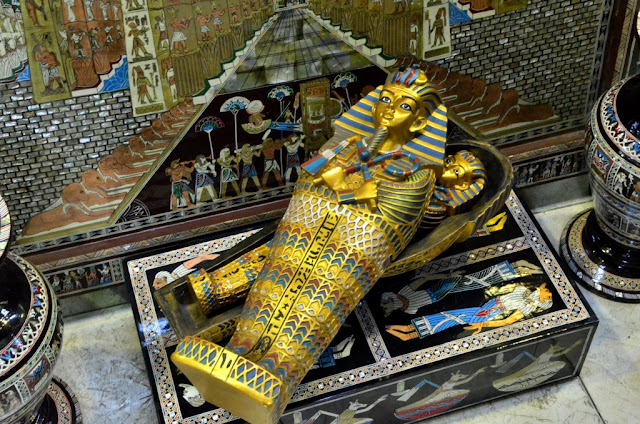 Some events are so powerful that they change your DNA.
-Dexter 2010
I thought last night, I have one more blog to write and I will finally be done with writing about our time spent in Egypt. WRONG! As I scrolled through the pictures I thought, I did not write anything on how rugs or a Cartouche is made by a Cartouche Maker. On the 2nd day Memphis tours came to pick us up, they said something about me taking so many photos through the window. 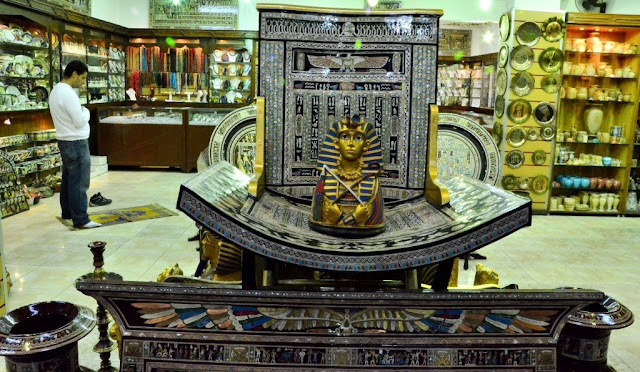 “She sure does like taking pictures of all the trash,” said Mustafa. “She’s not taking pictures of just the trash,” David said laughing. “She writes a blog and takes a lot of photos to share with people around the world.” Once that little bit of information was put out I was invited to the back room to view how our little piece of treasure was going to be put together at the Topaz Bazaar.
What is a Cartouche? 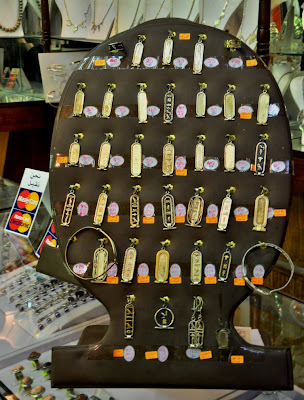 A cartouche was an oval circle with a name written in it, rather like a nameplate.
In the early days of ancient Egypt, a cartouche was attached to the coffins of kings and queens. As time went on, many people hired an artist to create a cartouche for their own coffins. 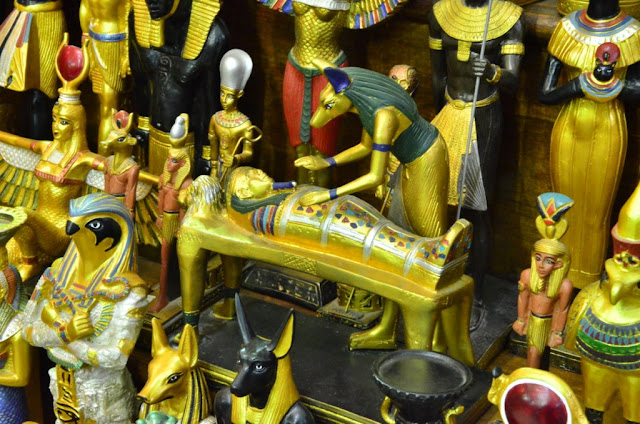 The ancient Egyptians believed that you had to have your name written down somewhere, so that you would not disappear when you died. By attaching a cartouche to their coffin, people made sure their name was written down in one place at least!
http://egypt.mrdonn.org/cartouche.html 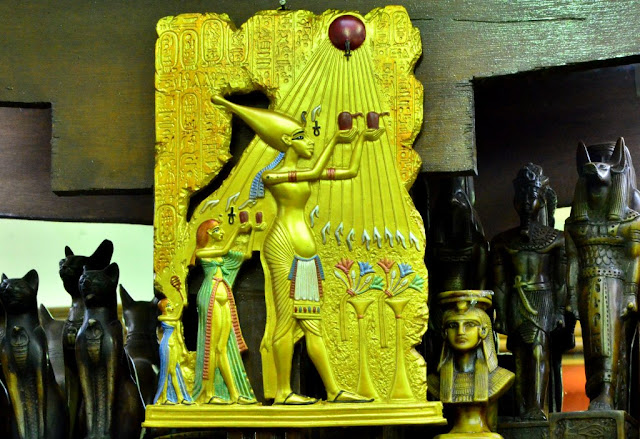 So while the letters to our last name were being picked out from the hieroglyphics, 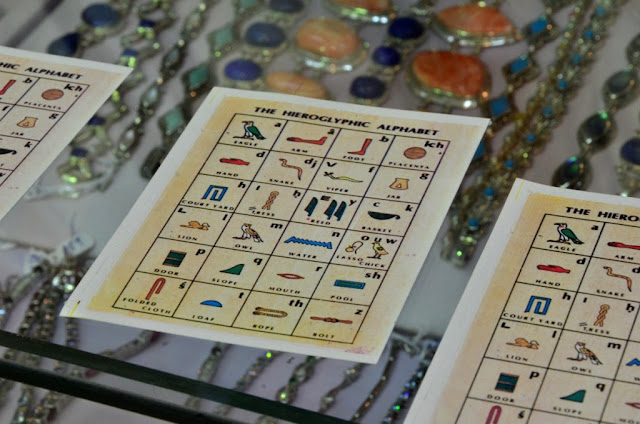 I buzzed through the store snapping some photos of little souvenirs. 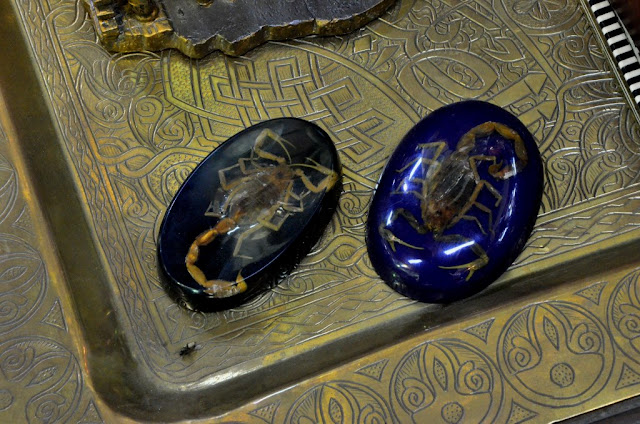 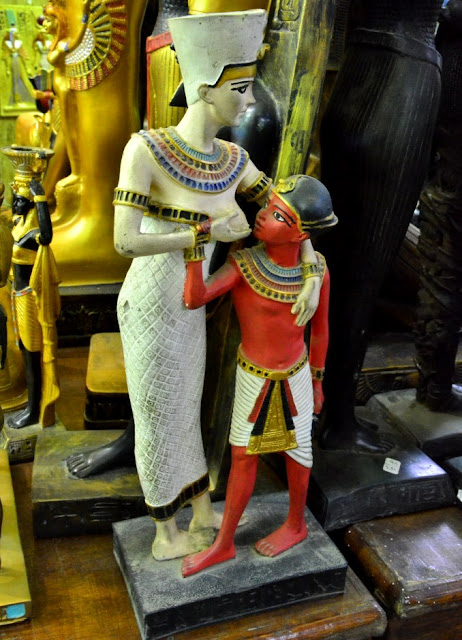 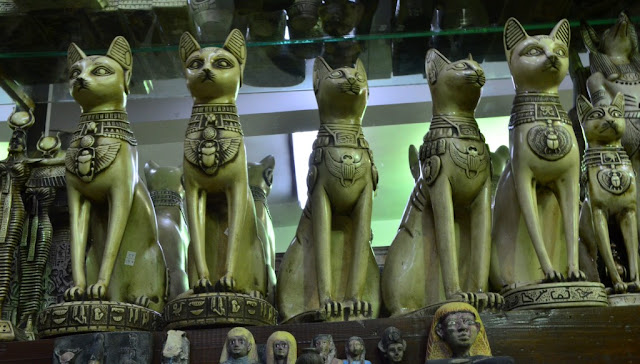 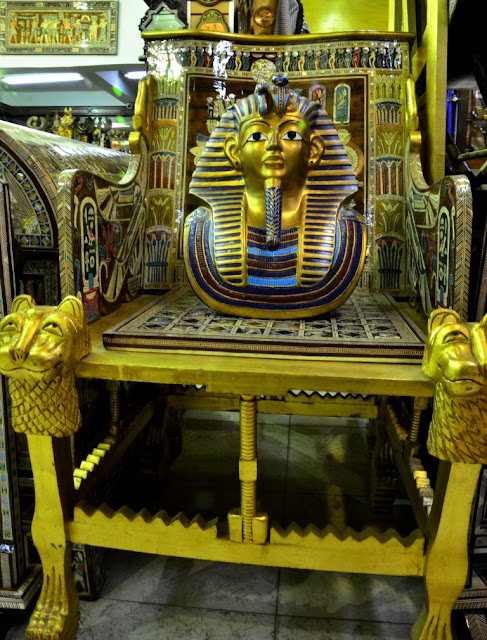 A lady came out from the back and brought us this lemonade drink on a silver serving platter.
As we all said thank you and gulped down the delicious liquid, we started to 2nd guess our decision in drinking the delicious beverage.
Did they use bottled water to make this yummy drink?
There goes my mind, David had just spent the day before eliminating everything in his body from a bug that got into his system. At about that time the thoughts crossed my mind, the man who showed us his finger to vote, came out to tell me they were ready for me to come back and take photos, my stomach started to grumble.
We made our way back to this room, in the back of the store. 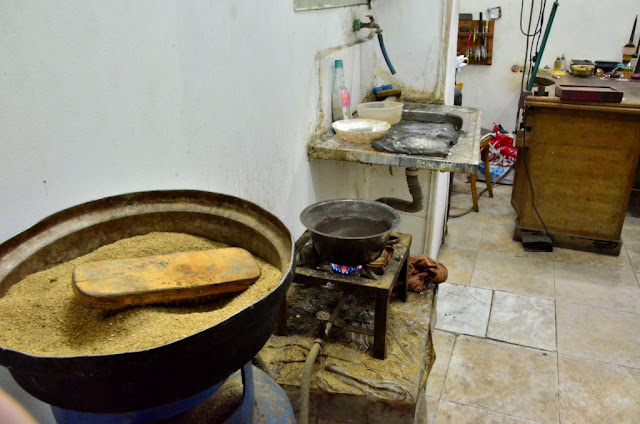 The Cartouche Maker
Step 1: Fire it up so the letters adhere. 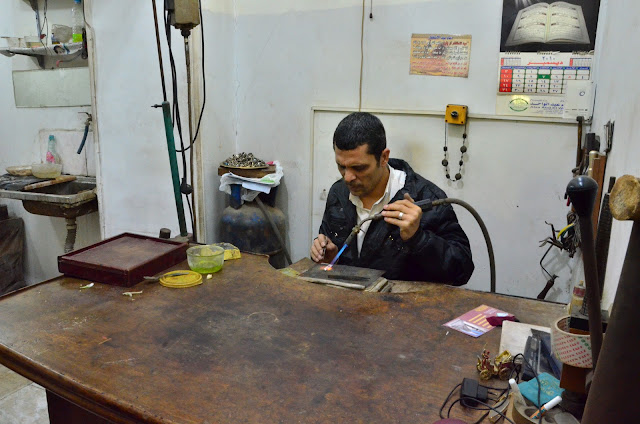 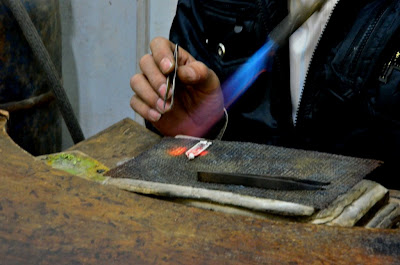 Step 2: A dip in this mysterious green acid bath.

Step 3: Onto a dunk in a utensil that has certainly been put to use. 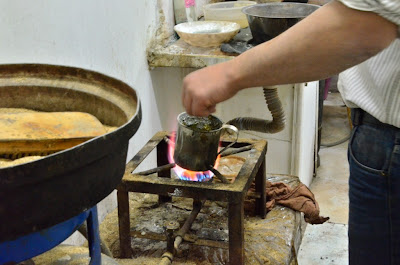 Step 4: The Final Buff and Shine. 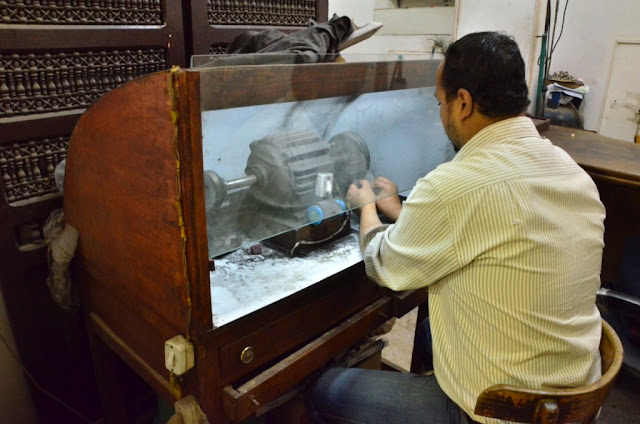 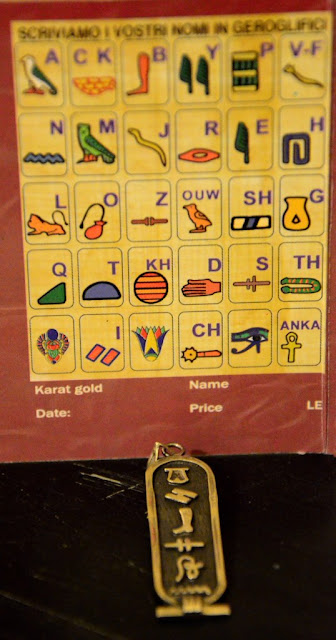 The first day when Chico and Mustafa brought us by this store we had decided to pass and asked to return back to the hotel. The hours of stimulation and David being sick that day had worn us out. Mustafa had stopped in front of Topaz Bazaar, telling us that this place has a popular little silver piece that many people coming to Egypt enjoy. We told him no. It was okay. We can live without a visit to basically a jewelry store. He said, “Okay, tomorrow.” David and I laughed and maybe did a small eye roll, thinking it was fine we really don’t have to go there.
In this one shop, we came away with treasure that went beyond items that fit in or on a coffin. More than gold that adorns a home or body.
If we had stopped here the 1st day that was suggested, we would have missed the smile and finger our Egyptian friend used to vote that morning.
Voting for the first time in 55 years!
The joy that exuded from his face, an expression of hope, was the hidden treasure. 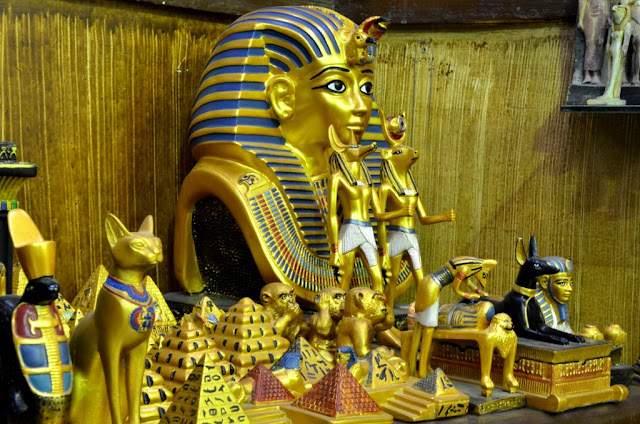