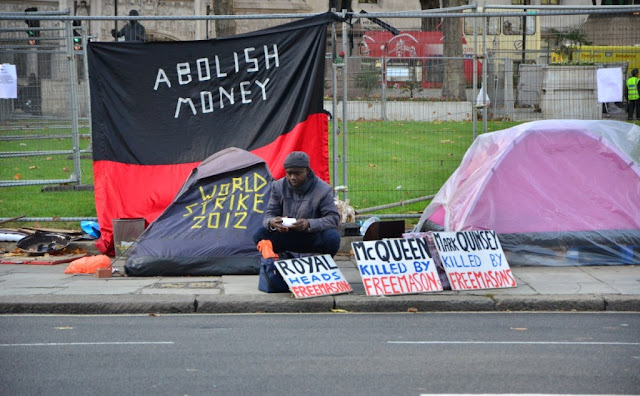 Occupy this and occupy that, stroll through the streets of any big city these days and you will find

some sort of demonstration going on.
Well, that is what we view on the news and online for the most part.
Warning after warning have been put out for us while traveling abroad, that if you’re going to venture into a city and come across protesting to avoid it at all cost. In today’s day and age that is going to be a problem??? It proved to be true in London, too.
Protesting against something is really no new news to us. I mean there was a time when David was driving into work, when a protestor threw himself in the front of the vehicle, protesting the place he was reporting to work.
Protesting, demonstrating, rioting-people need to be seen and
heard to get their point across or just make others think sometimes…..I get it.
Remember when women in the United States couldn’t vote and the black man had to sit at the back of the bus????? It is disturbing to think that the country I am from had laws that supressed women and people of color…….Protest does have to happen for things to change??? It isn’t pretty. Imagine  being a woman not having a voice on this earth. Oh wait, that does still exist! 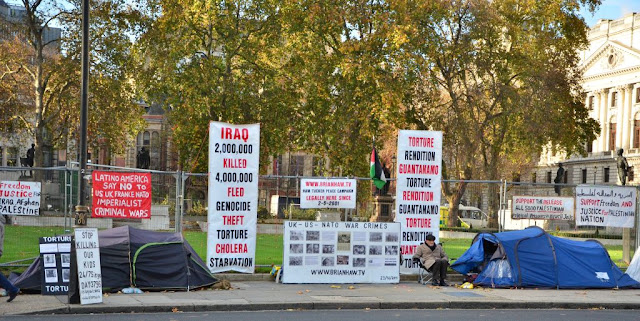 We all don’t have the same kind of mindset.

There are still protestors in London, many who look like they are staying around until money is abolished. They could be there for a while. Not sure modern day society is ready to go back to bartering. You know, you supply a need, and I supply a need, and we trade our skills for supplies.
Yea, I don’t see that happening anytime soon. Although I have bartered my services as a hairdresser too many times to count, somehow I have been talked into getting something I really don’t need, to give someone something that they need.
I’m not the best when it comes to business sometimes, I give away my services too often for a lower price than what I should charge, or just not charge them at all. While combing and drying a client’s hair, and hearing their story of being down and out, how could I say, “That will be $$$$ today.” Many people I know would say, “if they can’t afford it, then they shouldn’t get it done”. It’s not forever that client will be without funds to pay you; they will get back on their feet at some point and time and be able to pay whatever it is you’re charging. IF they insisted on paying, I would say just pay me for the color I had to purchase and use on you today. It ends up being a blessing for the one who needs it and that is fine. You never know if the next client coming through the door, felt generous and would leave a hefty tip for your time and effort.
Giving isn’t about giving to the ones who like you; it’s also giving to those who can’t give you anything in return. I may not have wanted to stand another 1-2 hours behind the chair highlighting, coloring and cutting a client’s hair, for free, because my back hurt or I was just spent from the day. I knew that pushing through it and seeing how happy that person felt afterwards was a blessing in itself.
Sometimes God’s will for our lives is painful. It’s a bloody hell of sorts.
There are many going through “Bloody Hell” right now.
I don’t think I really need to break it down; just plug into the electrical socket and the hell will flow onto the screen and into your ears.
Listening, even if you don’t support a cause, lets them know their feelings matter too. It might help them through their personal hell. We all don’t think alike but we all have to live on the same planet.