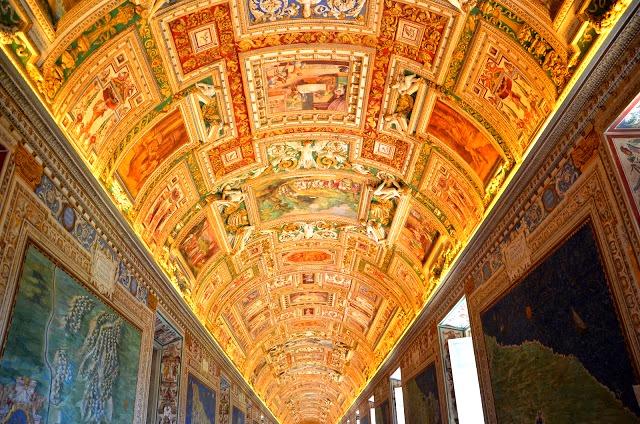 Have you ever wondered what the smallest country in the world is?
I have and thankfully living in the modern world a few seconds of just typing that question into Google, saves me a trip into the library and searching within the Dewey Decimal System. Now geography has never really been my thing, {until we moved overseas}. School teachers drilled in the states and capitals as a youth. I thought those were hard enough to remember, why do I need to memorize the geographical locations of other countries around the world. I never in my life thought I would move out of North America. 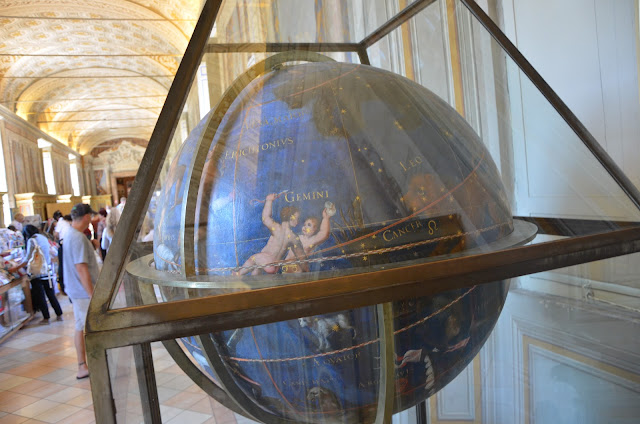 The furthest I thought I would go on planet earth would be to work on a cruise ship. Graduating from college and working on Royal Caribbean or Carnival Cruise Lines sounded fun. Move to Florida and work in a place where people are happy, where the customer is there to relax and be at peace. I would be in an atmosphere where people wanted to be. I would meet new people and have a chance to see a little bit of the world. The foreign world has always peeked my curiosity but never in a million years did I think I would live abroad. Guess someone else knew my life path better than I did. Thank you God for life’s surprises. Turning negative mental demons into positive angelic thoughts is a war all in itself. 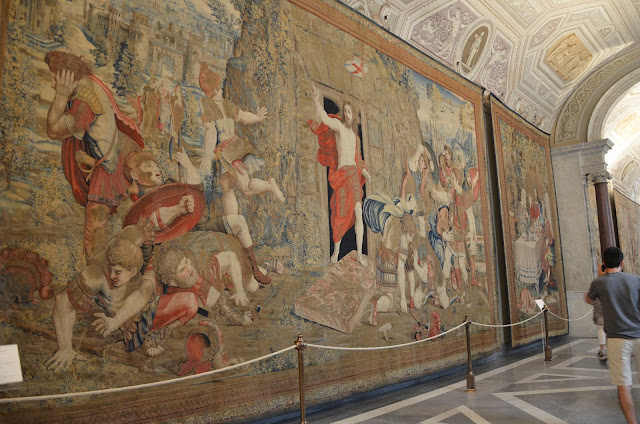 When we visited the smallest country in the world it is hard not to think about angels and demons. You’re surrounded by them. 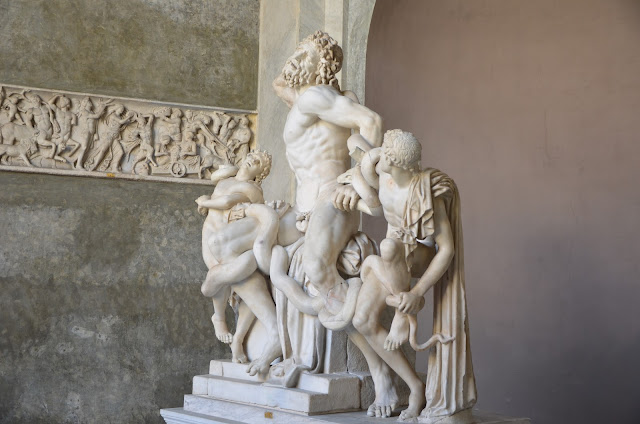 Our first stop on our way out of Italy was a trip to the smallest country in the world.  In fact, I was really surprised that this place is a country. I mean it is situated right in the middle of Rome.
After you walk out the city gate you’re right back in Italy! 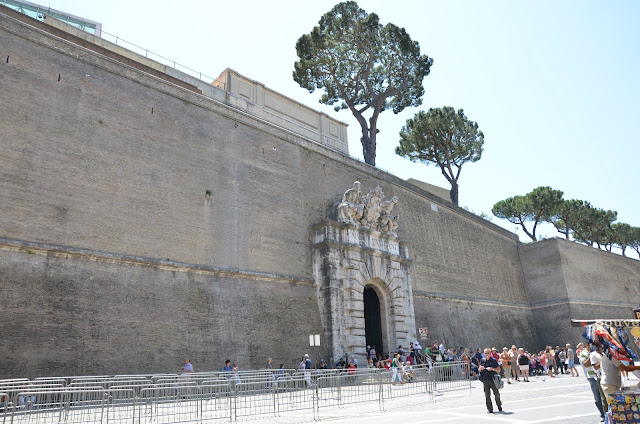 How many countries have a wall around them? How many countries make you pay to enter them? How many have metal detectors you have to walk through? What country makes you put your bags on a conveyor belt to have your items screened? What country doesn’t allow you to take a photo when you walk over the border? I tried taking a picture of the metal detectors, the conveyor belt and the guard that hissed at me like I was a demon. He wanted to see my camera and show him that I deleted it!
I complied.
I almost didn’t believe this was a country. But when I saw the post office I was finally convinced! 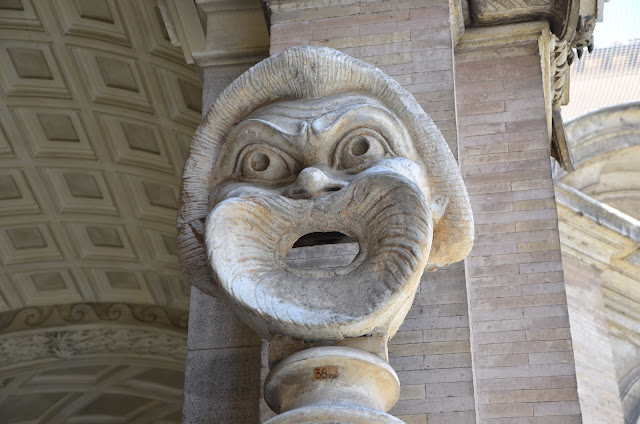 Welcome to Vatican City, the holy country, and the smallest country in the world. 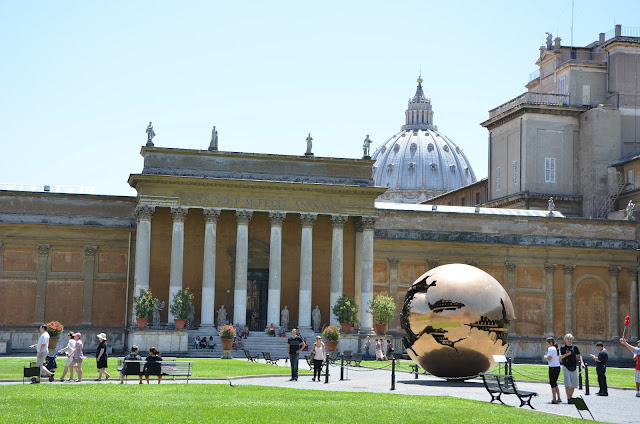 Vatican City is 0.2 square miles – The world’s smallest state, the Vatican has a population of 770, none of whom are permanent residents. The tiny country which surrounds St. Peter’s Basilica is the spiritual center for the world’s Roman Catholics.
( http://geography.about.com/cs/countries/a/smallcountries.htm) 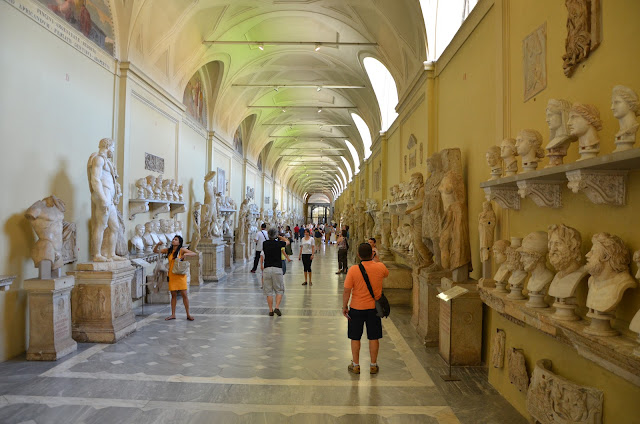 What do you do when you’re inside the smallest country in the world? It’s not like there is a beach to build sandcastles, a mountain to ski down or roller coasters to scream at the top of your lungs on. We came to see work from one of the greatest artists in history and paintings that took four years to complete.
The Sistine Chapel, the ceiling painted by Michelangelo. 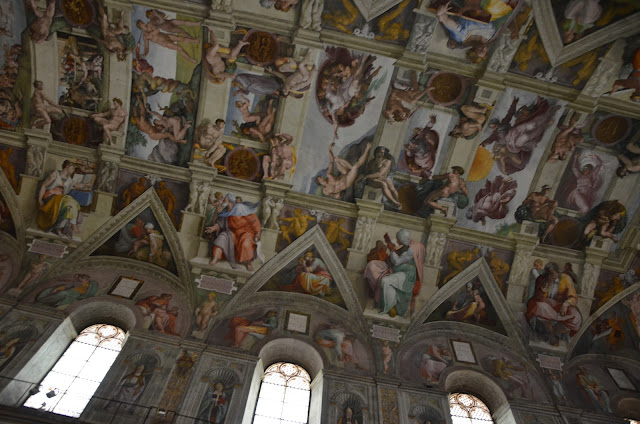 Michelangelo was originally commissioned to paint the 12 Apostles against a starry sky, but lobbied for a different and more complex scheme, representing creation, the Downfall of Man and the Promise of Salvation through the prophets and Genealogy of Christ.
(http://en.wikipedia.org/wiki/Michelangelo) 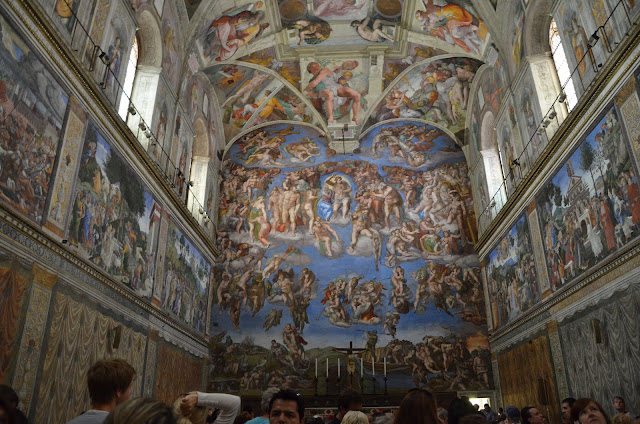 As we are walking through this country to get to the Sistine Chapel I’m beside myself that I can’t take pictures inside. I was getting really tired of all the rules of when and where I could take a photo. I understand NO FLASH Photography but without the flash???? Come on!! The past year we’d visited sites that descend towards the mantel of the earth. They had been copyrighted. Visited crypts and catacombs where once again you cannot take photos, “so and so” owns it. I know rules are sometimes put into place to protect us as humans but good grief rules by humans get out of hand sometimes.
During our visit in this country I, along with countless others, broke the rules. 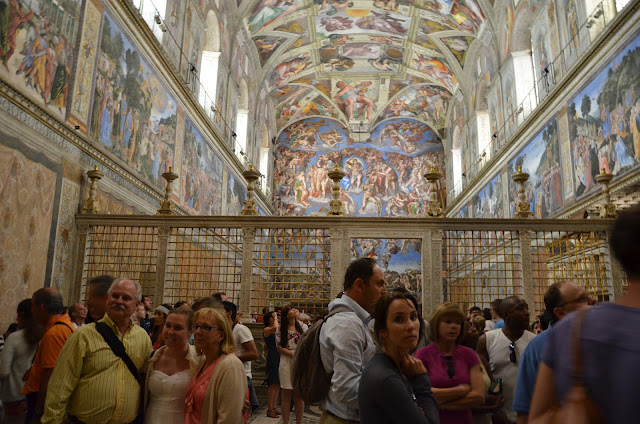 I was not an angel and from the look of the lady in front of me, you would have thought I was demon possessed. Look at the family to the left of her. They are posing for the camera. I witnessed a man getting down on the floor and shooting upwards with his huge camera. If I’m not mistaken he put it on a tri-pod. Oh my, did he get ripped from one of the many rule enforcers. People walk along looking as though they are viewing their messages on their I-phones but in reality they are filling up a file of photos to share with people in a bigger country. 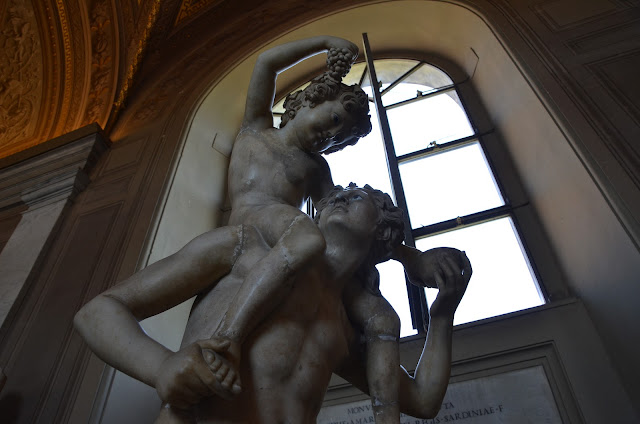 In the Sistine Chapel, the sound of shhhushing was like breathing. People sit around the walls along marble benches taking in the strokes of paint Michelangelo left behind. I didn’t care, if I broke the rules here.
I know that is not an angelic way to think. I am responsible for my actions and if I got yelled at or humiliated for taking the photo then I deserved it. I was ready to pay the price. Being digitally suppressed in so many magnificent places had taken its toll. The demons took over and I fell for temptation. 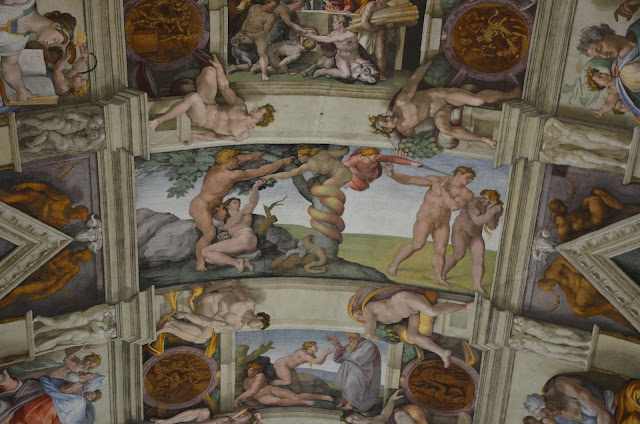 Google the Sistine Chapel and you will see many photos of people that have thrown the rules out to the dogs. 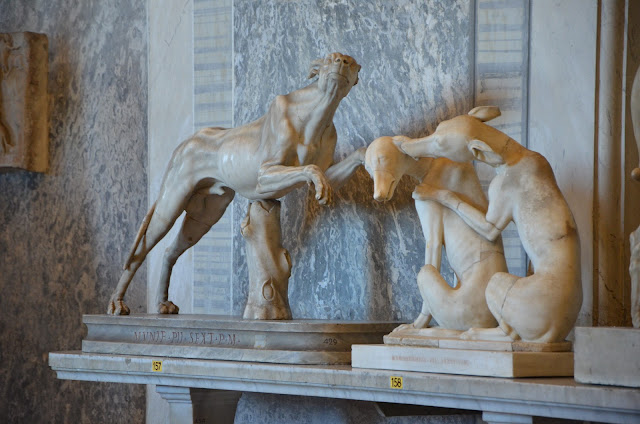 I have to remind myself of that saying from my youth.
If so and so jumped off the bridge, would you?
Depends, is there a bungee cord attached to me? Okay time to go before my thoughts spiral out of control.
Thank you angels that protect me and fight my demons! 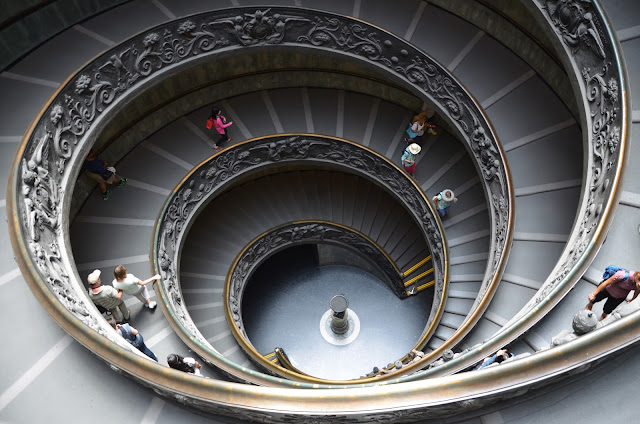