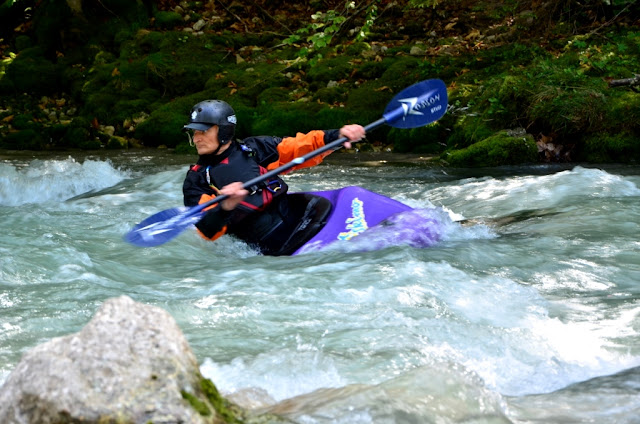 Zugspitze is the highest mountain of the Wetterstein Mountains as well as the highest mountain in Germany. It lies south of the town of Garmisch-Partenkirchen, and the border between Germany and Austria runs over its western summit.
http://en.wikipedia.org/wiki/Zugspitze
Did we go to the top?
I am sad to say no we did not. 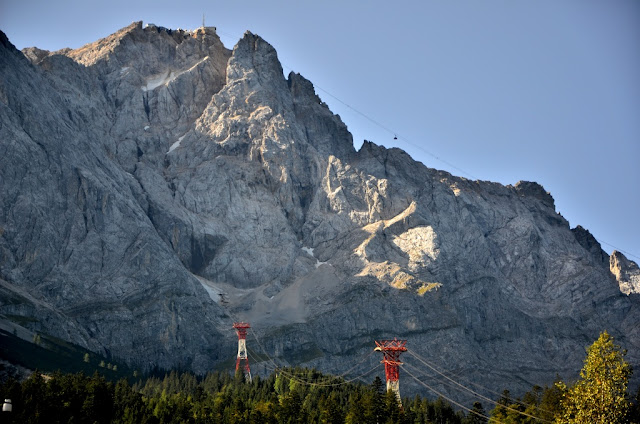 We did see how beautiful she is from the ground.

After we entered the park, we were walking to the place to pay, and just decided against it.
Why?
We just did the ski lift the day before and we knew Venice was going to be a bit pricey.
So we turned around and headed off to a random trail we saw on our way in to hike. 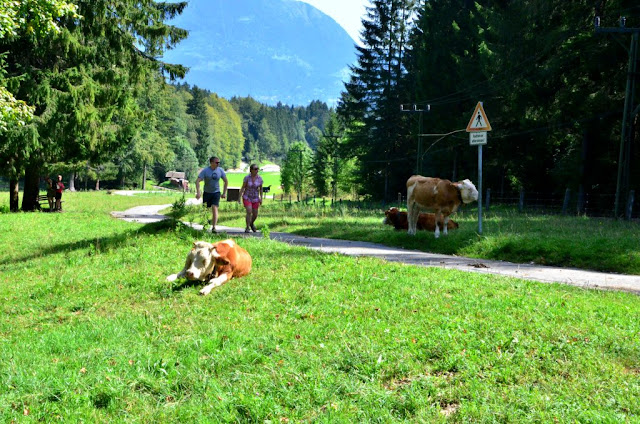 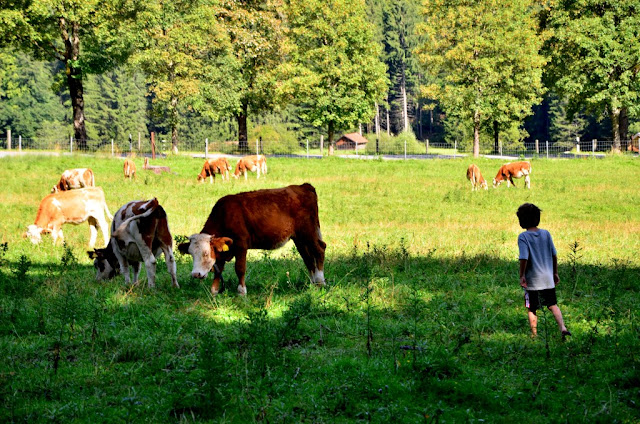 We hiked about 30 minutes in and discovered a crystal clear lake,
that was full of trout and ducks surrounded by the forest. 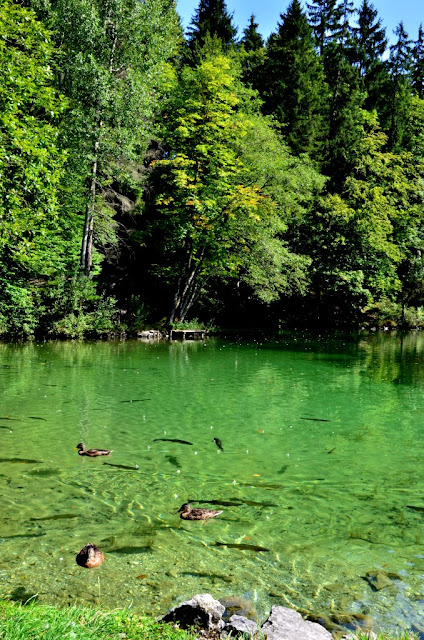 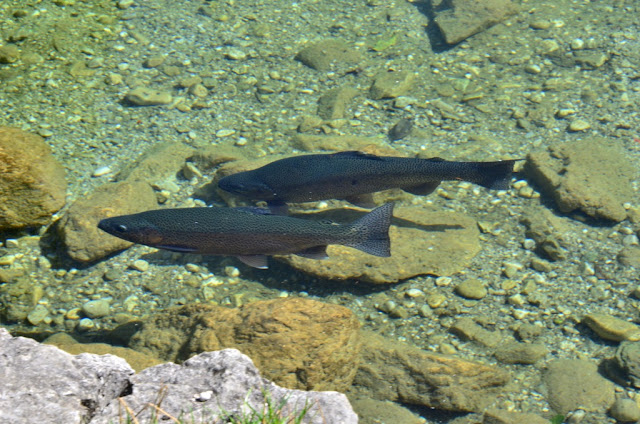 As we were breathing in the fresh air, my husband said, “There’s a snake.” “Where?” I said, as I was reaching for the on switch to our camera. 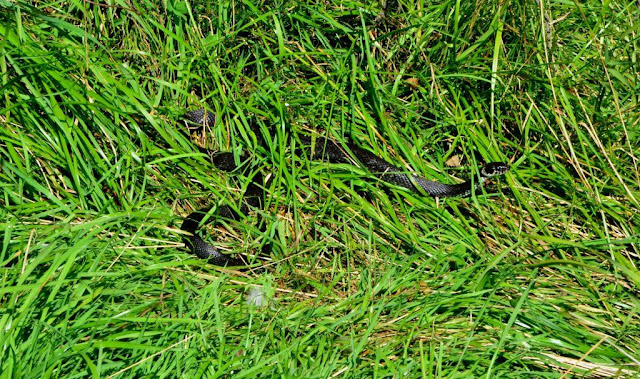 “Right there,” he exclaimed as he was poking it with a stick. 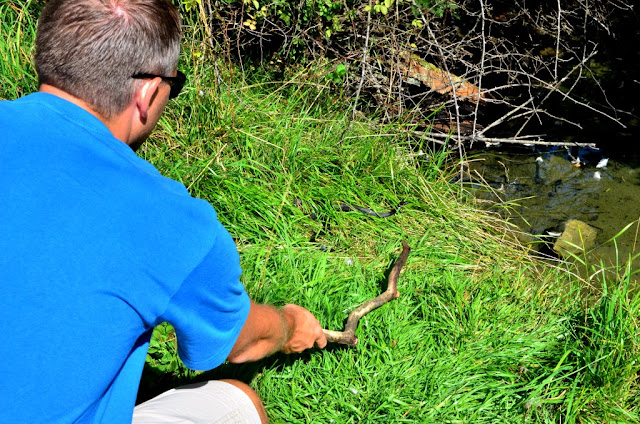 I was trying to keep Mayer back from this slithering black creature, so we could avoid a trip
to the emergency room. Those of you who know our child, know that he doesn’t have a fear of snakes. We made our way back up the trail and decided to go get a sandwich and some drinks. We then decided to spend the afternoon by the river before heading up to Munich for the evening. 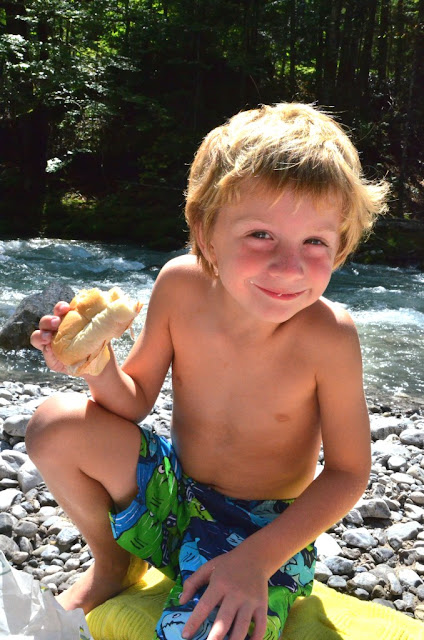 No need for ice when you have cold alpine water flowing down from the mountain. 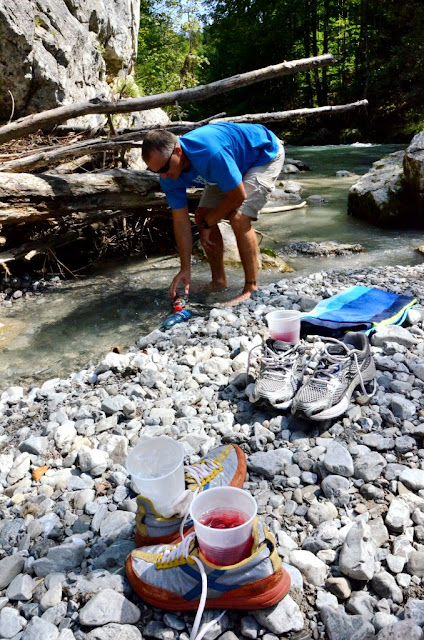 David built a little cooler with rocks for our drinks. Shortly after consuming our lunch, he went up on a rock to take a nap, the sound of the roaring river can easily put you to sleep. 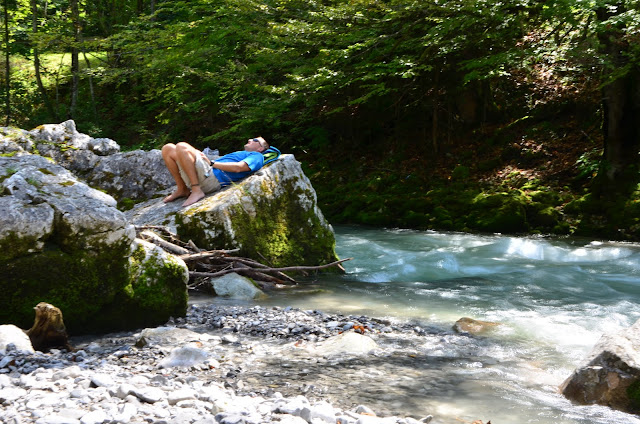 I sat on my cushy towel, wondering how my son could endure the iceberg like water.
It was freezing but the sun was scorching and the mixture of the two seemed appropriate. 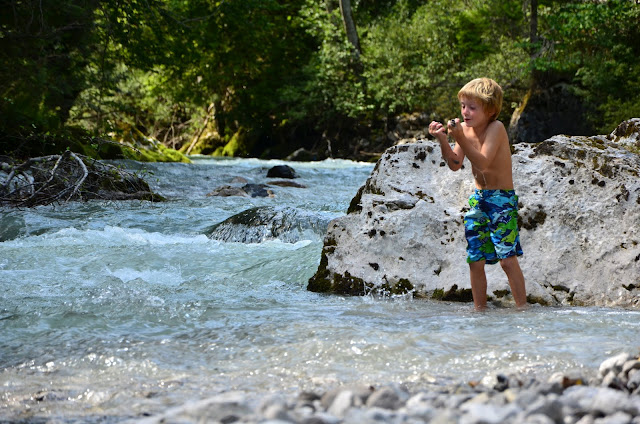 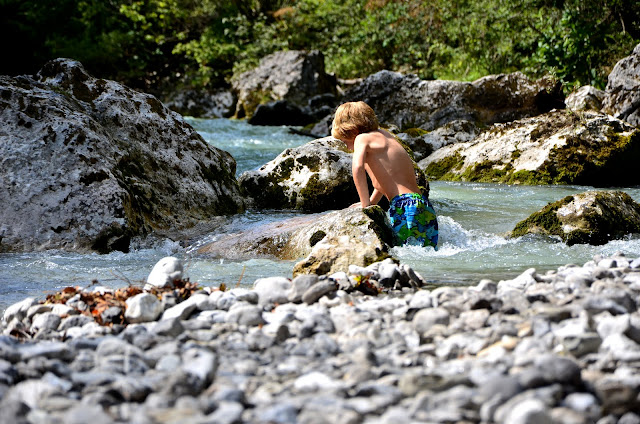 All of a sudden I couldn’t believe my eyes.
A group of kayakers were making their way down the river. 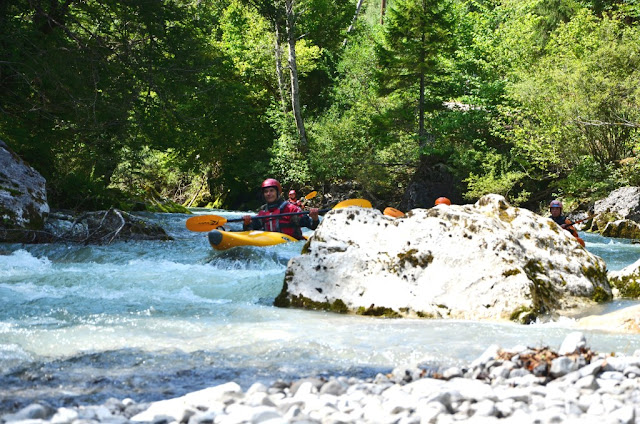 I am screaming over the sound of the river, trying to get Mayer’s attention to look at what is before us. I am so excited that I tell him to wake up your dad so he can see. 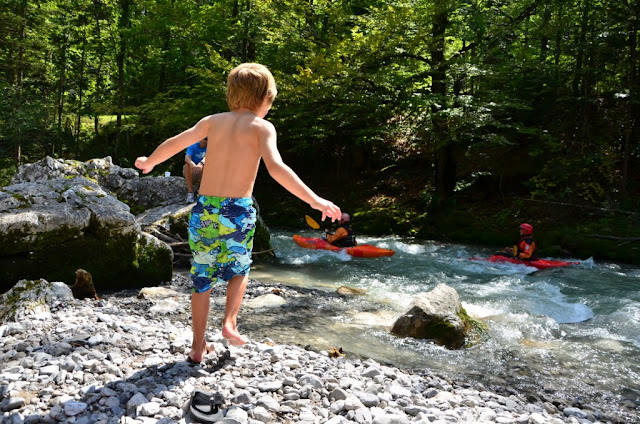 At the same time I am scrambling for my camera to capture their skills on film. 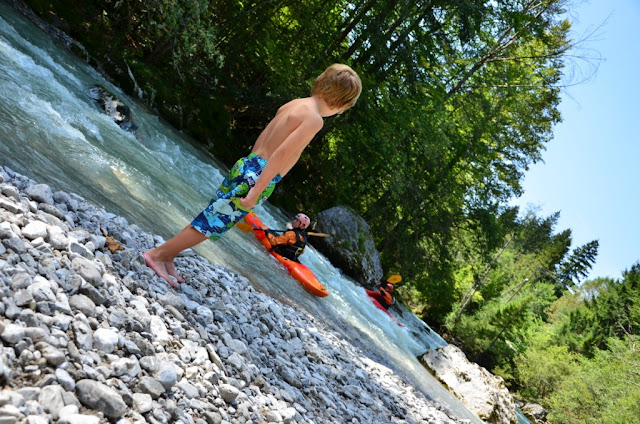 Shortly after the first group of kayackers came a second round of river dwellers.
We think this guy was the guide but he paddled back and put his skills on display for us.
He smiled and waved after he finished a round of surfing the river. 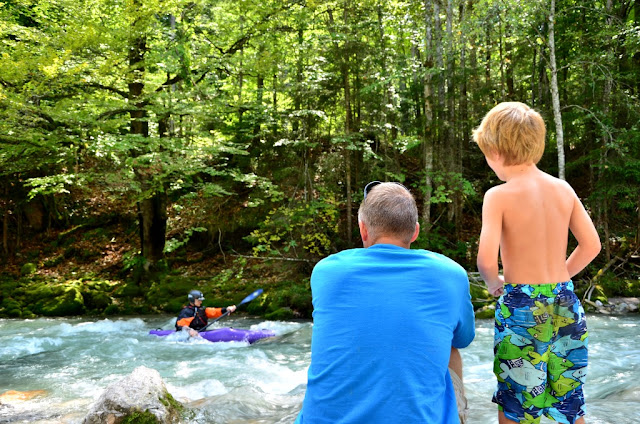 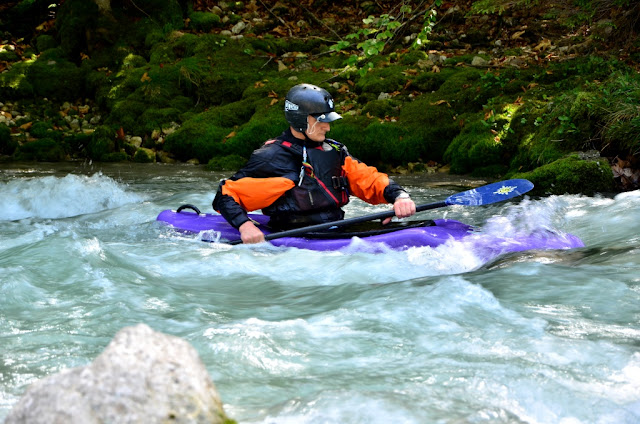 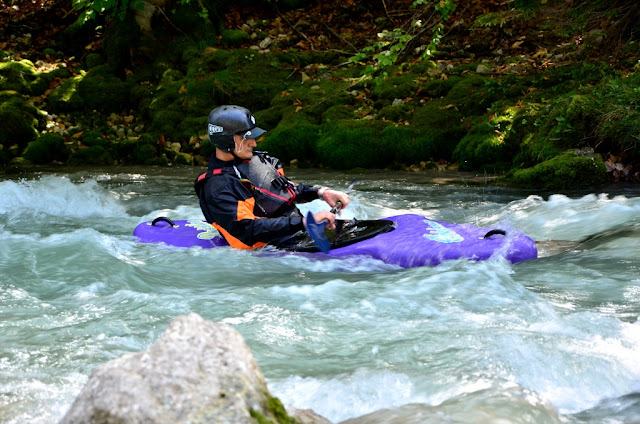 It was a day full of random experiences. The day isn’t over yet but this blog is for now.
Back to the hotel to freshen up and fly on the autobahn.
We didn’t even realize what we were on until we were returning from Munich.
On the way up, we were passed by an elderly woman going over 100 mph.
Germans have a structured driving freedom it makes you feel safe.
I can’t believe it was possible.
Driving in southern Italy is chaos at 80 kph, aka, 50 mph.
It amazes me how each country and their different systems work so well!
Clean, organized, and driving without feeling endangered for your life, is cool! 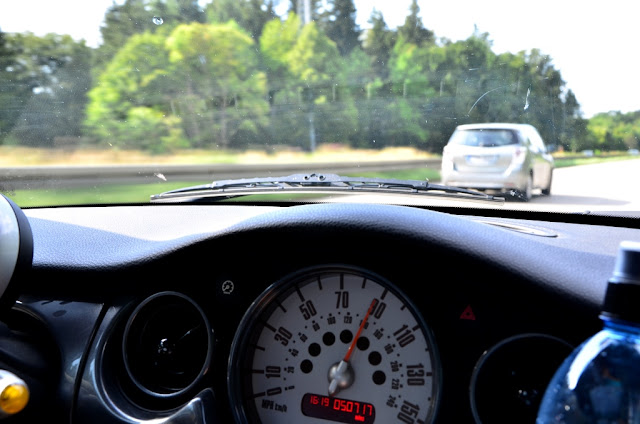